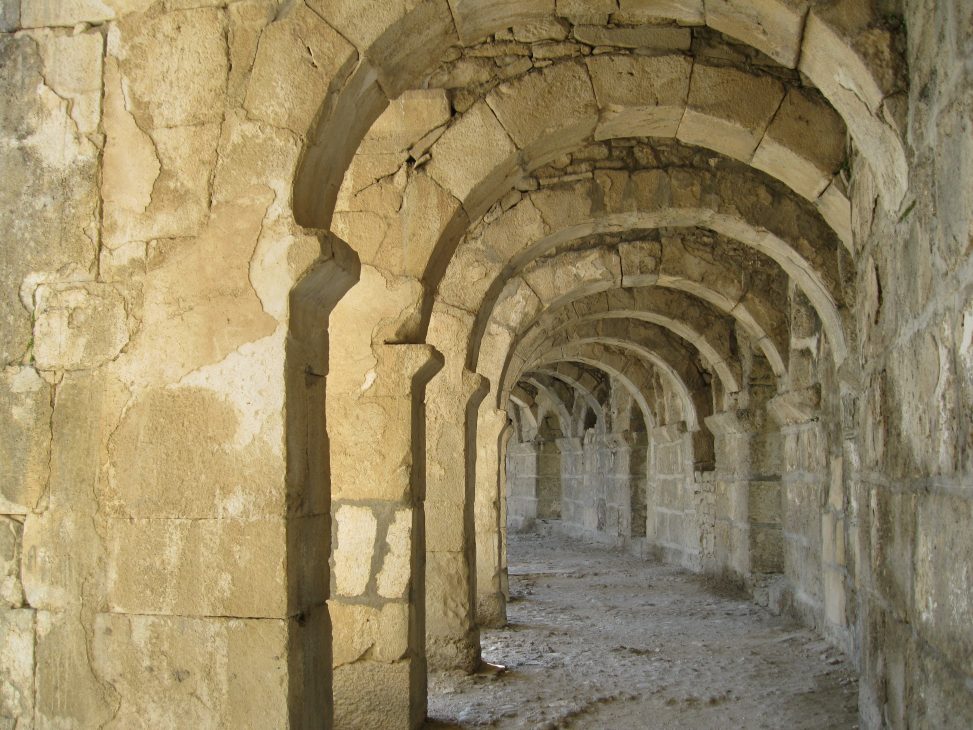 I was surfing in the old Photos then I found some interesting photos that I was taken at Aspendos, Near Antalya, Turkey.

Aspendos was an ancient city in Pamphylia, Asia Minor, located about 40 km east of the modern city of Antalya, Turkey. It was situated on the Eurymedon River about 16 km inland from the Mediterranean Sea

Aspendos did not play an important role in antiquity as a political force. Its political history during the colonisation period corresponded to the currents of the Pamphylian region. Within this trend, after the colonial period, it remained for a time under Lycian hegemony. In 546 BC it came under Persian domination. The fact that the city continued to mint coins in its own name, however, indicates that it had a great deal of freedom even under the Persians(Wikipedia)